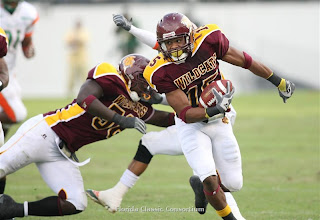 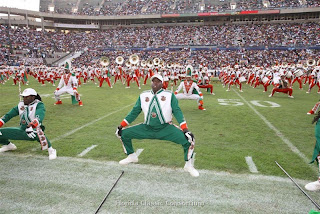 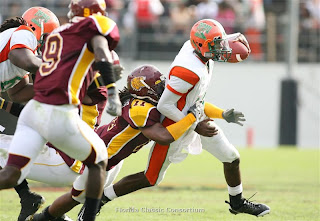 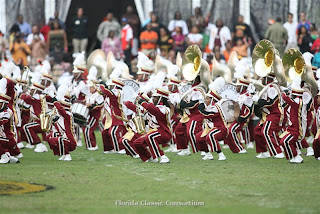 The Florida Classic is more than just a football game and more than an in-state rivalry. It is now the largest football game between two historically Black Colleges in America, surpassing the Bayou Classic between Grambling and Southern in New Orleans as the top attended game in NCAA Division I-AA as well as the nation’s largest football game between two Historically Black College/University (HBCU) schools. Since its inception in 1978, the game has now seen over 1.5 million spectators attend the game (1,560,893).
The series began in 1925, with Florida A&M winning 25-0. B-CU’s (then B-CC) first win came a year later, 12-0 in 1926.
Despite FAMU's early dominance in the series overall (at one point, the Rattlers won 19 straight), the two schools drew ever-increasing crowds until they had to abandon their home stadiums for larger venues.
Sites like Daytona International Speedway and Doak Campbell Stadium in Tallahassee were the sites of some of those "home" games before the two schools agreed on a permanent site -- Tampa -- in 1978.
In that first "Florida Classic" game in 1978, Florida A&M turned a 17-0 halftime deficit into a scintillating come-from-behind 27-17 win en route to the inaugural NCAA Division 1-AA title.
The series between the two schools went through a two-year hiatus in 1983 and 1984 when they could not agree on a playing site. Public pressure from alumni, fans and state officials brought them back to the negotiating table and the series was resumed in 1985.
The renewal of the rivalry was as good as it gets, as Bethune-Cookman won a wild shootout, 31-27 in 1985.
In 1997, the two schools moved the Florida Classic to Orlando’s Florida Citrus Bowl Stadium. That year’s affair was a rousing success, as 56,351 fans swarmed into the Citrus Bowl, over 25,000 fans more than the previous year in Tampa.
Overall attendance for game has now surpassed the 1.5 million mark. However, the move down I-4 to Orlando, with its plethora of tourist attractions and central location for virtually every fan in the Sunshine State has been the catalyst for turning an already intense rivalry into the hottest ticket in Division I-AA and Black College Football.
Florida Classic 2:30 p.m. kickoff - Florida Citrus Bowl Stadium
Historic rivals Florida A&M University and Bethune-Cookman University meet on the gridiron for the 31st time.
nov 20th
Posted by Le'Nalors at 10:01 PM