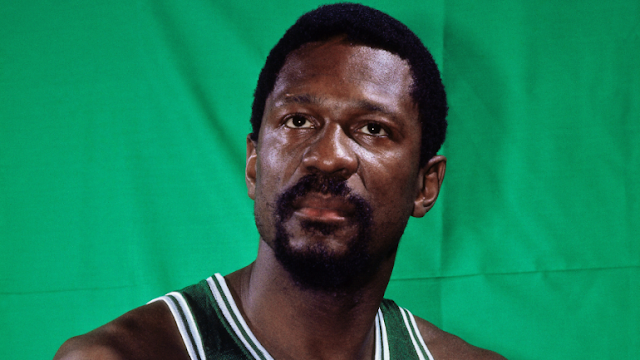 Bill Russell, an 11-time NBA champion as a player and coach with the Boston Celtics and one of the most important figures in NBA history, has died at the age of 88, his family announced Sunday. Russell passed away peacefully with his wife Jeannine by his side.

Born in Louisiana in 1934, Russell was not initially considered a top basketball prospect. His first scholarship offer came from the University of San Francisco, a school hardly known for its basketball prowess but one that Russell was able to carry to consecutive national championships in 1955 and 1956. In addition to basketball, Russell was a track star at San Francisco, notably competing in the high jump. He won an Olympic gold medal in basketball as Team USA's captain in 1956 before turning professional.

Despite his collegiate excellence, Russell was not the first pick in the 1956 NBA Draft. That honor went to Duquesne wing Si Green. That left Russell available at No. 2, where the St. Louis Hawks were drafting. However, circumstances worked in Russell's favor. Boston Celtics star Ed Macauley's son was being treated for spinal meningitis in St. Louis, so he asked the team to send him there as a favor. They did so, and Boston landed the No. 2 pick in exchange for Macauley and fellow Hall-of-Famer Cliff Hagan. The deal didn't exactly blow up in St. Louis' face. Though they lost the 1957 Finals to Boston, the Hawks came back to win it all in a 1958 rematch with the Celtics. But that would be the last championship they'd ever win. Russell won 10 more, including the next eight in a row. 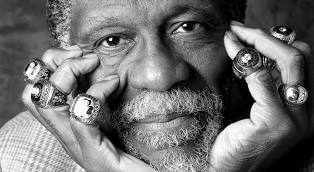 Rest In Peace Mr. Russell.
Posted by Le'Nalors at 10:17 PM No comments: 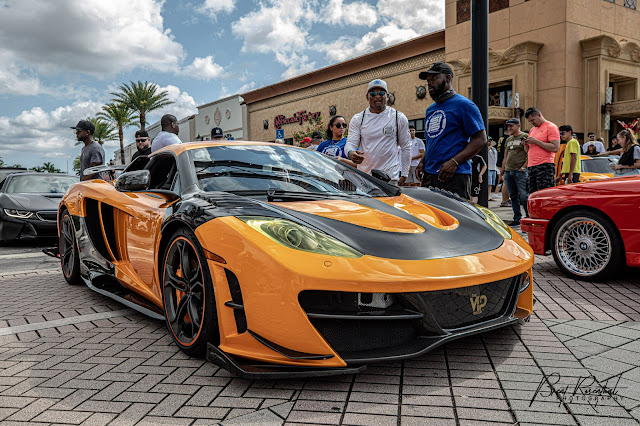 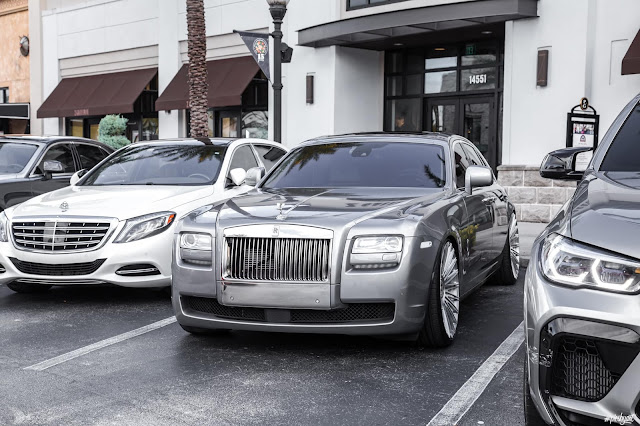 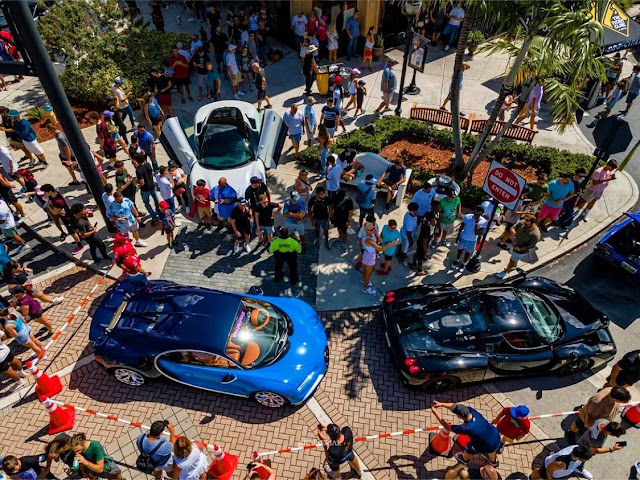 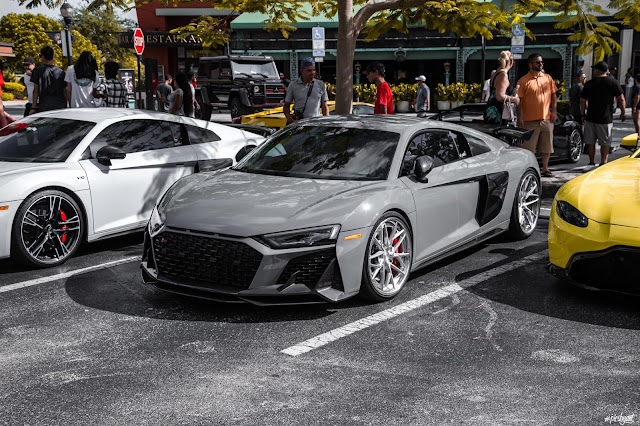 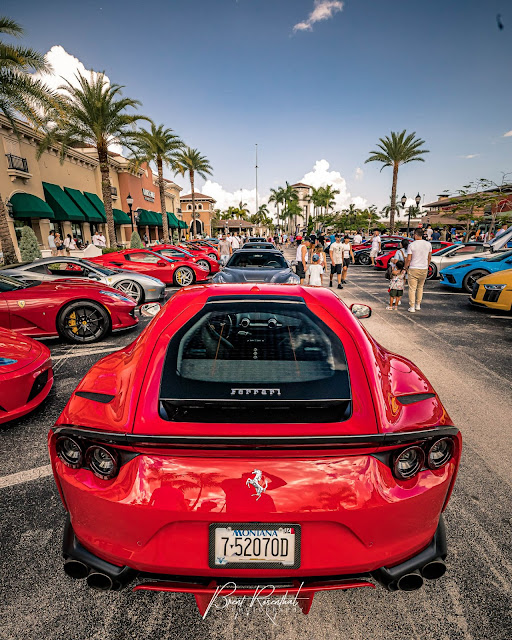 The Le'Nalors News of The Week Update - Marvel Confirms Phase 5 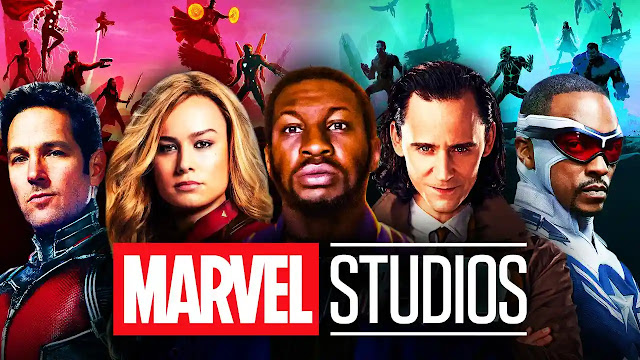 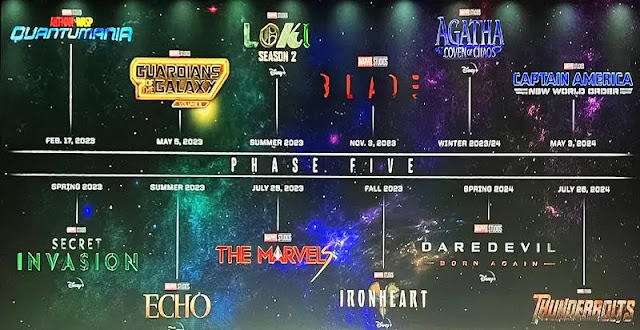 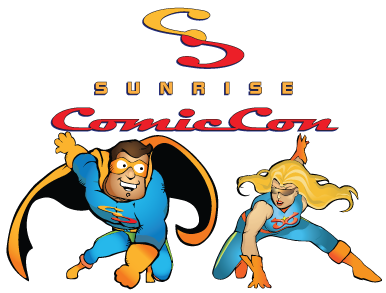 Comic Con 2022 will be packed with adventures for the whole family!

For questions regarding the Sunrise Comic Con, please submit all queries to: tstanish@sunrisefl.gov

FC Barcelona had its first game in the United States and had no major problem in defeating an Inter Miami team that did not put up any resistance in this friendly game. 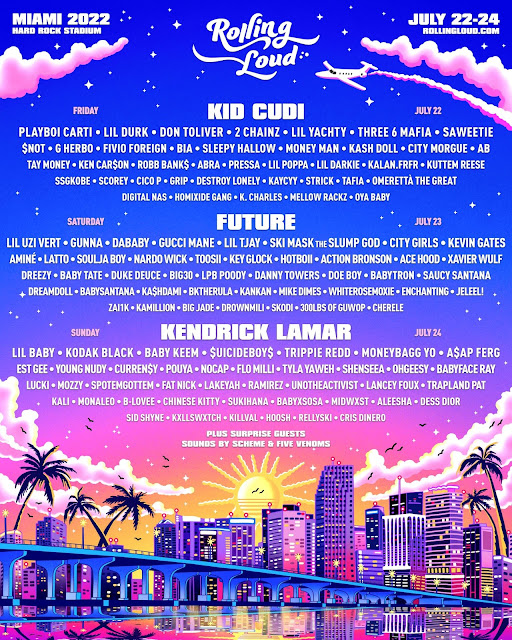 Dwayne ‘the Rock’ Johnson rolled into Jackson Saturday morning to get a look at some potential stars for his new XFL, which is set to make its debut next spring.

“Here at Jackson State, in particular, they’ve been incredible. They’ve welcomed us with open arms. They also appreciate our desire to shine a new light on these players who want to achieve their greatness, and they should have a shot. So we’re looking in this direction, and we’re here today, and there’s a lot of talent,” said Johnson.

In the lead-up to the season, the league, now in its third iteration, will be holding showcase camps this summer with stops in Arizona, Florida, D.C., and Hawaii, among others.

His first stop was right here in the heart of Mississippi at Jackson State, with the focus on HBCU alums.

Jackson State and Alcorn State were well represented, and chief among those were quarterback Felix Harper and linebacker Keonte Hampton.

Like everyone else in attendance today, they want to keep that football dream going, and the league’s esteemed owner wants to help with that.

“We’re not at the biggest level for power five, but we’re able to showcase our talent, and we can get the job no matter what school you come from,” said Harper. “Just be you. I feel like you don’t have to do nothing but just be special.”

“That’s our dream, we want to play football, we want to play in the NFL, XFL, it don’t matter. “We don’t want to give up our dream. It’s our first dream. God always has a plan, and we’re going to follow God’s plan,” Hampton said. 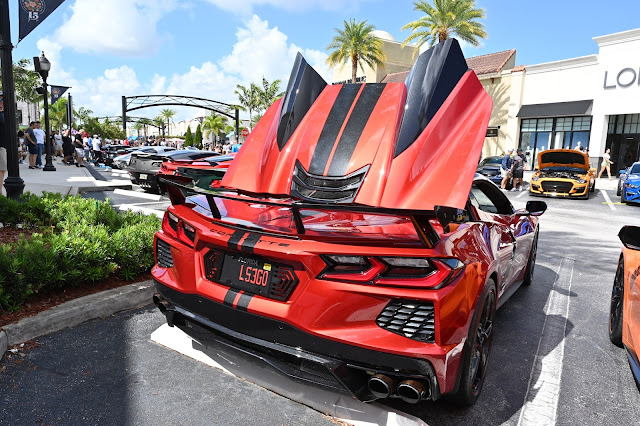 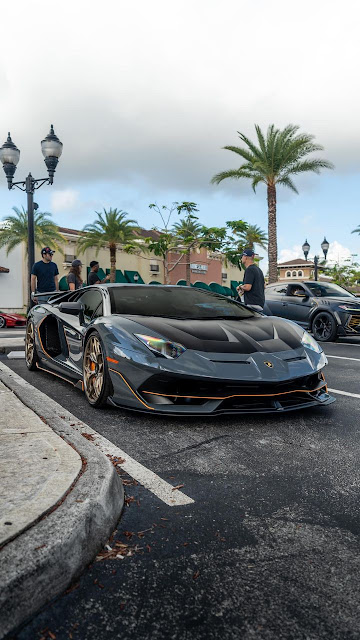 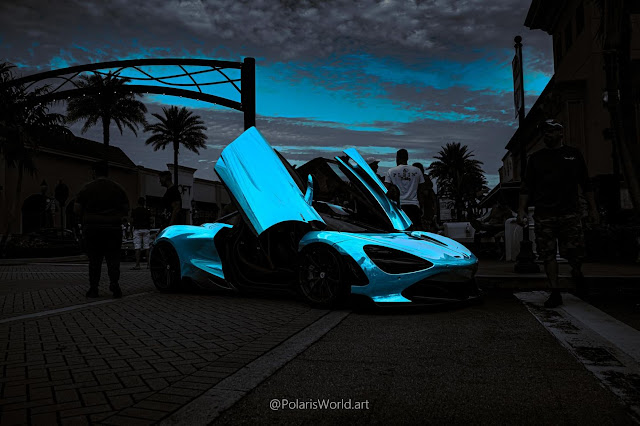 The Le'Nalors News of The Week Update 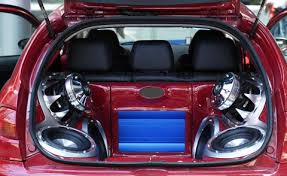 TAMPA, Fla. — Turn it down or get a ticket. Florida drivers will soon receive a citation for loud music.

Jon Lackey has been installing car stereos for nearly 25 years. He said people pay hundreds of thousands of dollars to get the bass bumping in their vehicles.

“There are different shows that people put on weekly. We call it parking lot blasters. They want to open up their doors, open up their back hatch,” said owner of Blvd Customs Jon Lackey.

The law states that sound produced by a radio, tape player, or other mechanical sound-making devices or instruments from within the motor vehicle, that is “plainly audible” at a distance of 25 feet or more. Police said it’s not only a nuisance but can be dangerous.

“It can be a safety hazard if you are the operator of that vehicle, and you have that radio up so loud where you can't hear what’s going on outside of the vehicle," said Capt. William Stevens with the Bartow Police Department. "You have other sirens and emergency vehicles that come up behind you and you’re not even aware of it.” 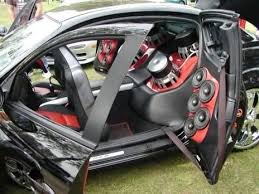 Stevens said blasting your music could cost you a $114 fine. Lackey is not opposed to the loud music statute.

“It helps clean up the sound, so to speak. Nobody wants to be blasting their loud music at the red light,” Lackey said.

Some drivers think the statute it’s an overreach.

“After pouring so much money into my system personally, it’s kind of like I just wasted all that money, because now I can’t enjoy it like I want to. But at the same time, am I going to abide by it completely? No,” said Hayden Johnson.

Police said they will focus on educating the public before issuing citations. 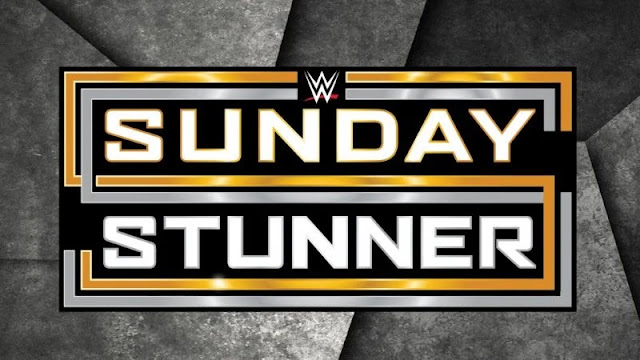 Wrestle some excitement into your weekend with WWE's Sunday Stunner! Prepare for amazing feats of strength, death-defying acrobatics, and some of the biggest characters in sports entertainment as this popular live show touches down at FLA Live Arena in Fort Lauderdale, FL. Packed full of wrestling bouts exclusive to its lucky live audience, Sunday Stunner will feature a host of popular WWE Superstars, including the likes of Drew McIntyre, Jimmy Uso, Jey Uso, Ricochet & Sami Zayn.

It would be hard to put together a list of the greatest Marlins players ever and not include the man dubbed "Mr. Marlin." A member of both the 1997 and 2003 World Series Championship teams, Conine is one of the few constants during the Marlins' brief history. He finished third in National League Rookie of the Year voting in 1993, the first season that the Marlins existed. He followed that up by making All-Star Game appearances in 1994 and 1995. Conine's 553 RBIs as a Marlin are third in franchise history. 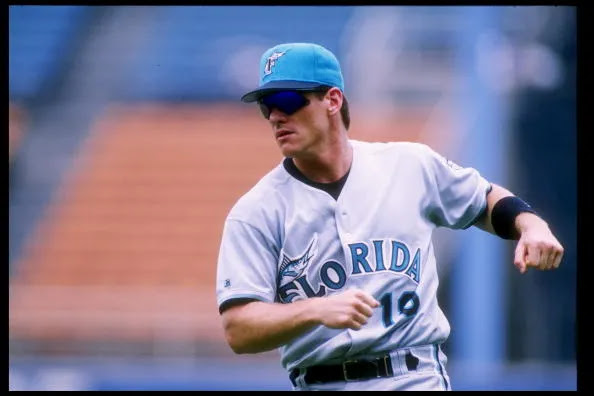 Sheffield's numbers are Hall of Fame worthy, though connections to performance-enhancing drugs have kept him out of the Hall of Fame to this point. On paper, though, the production that Sheffield put up was incredible, and the parts of six years that he spent in Miami actually represent the largest chunk of his 22-season career spent with any one team. 1996 was the only time that Sheffield played more than 140 games in a season with the Marlins, and he led the National League in on-base percentage (.465), OPS (1.090) and OPS+ (189) that season. A year later, Sheffield hit .320 with seven home runs and 20 RBIs in the playoffs, helping the Marlins to capture their first World Series title. 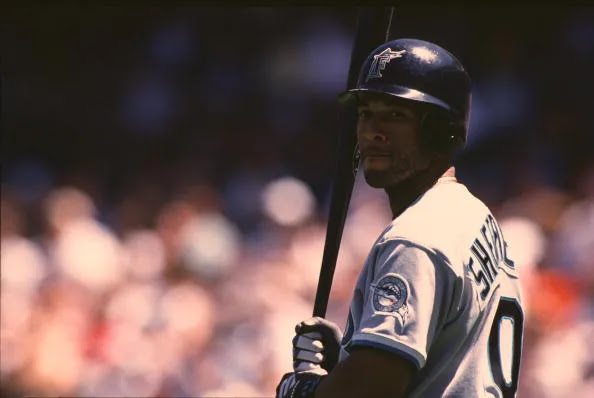 A first-round pick in the 2011 MLB Draft, Fernández is probably the most gifted arm to ever pitch for the Marlins. He posted a 2.19 ERA and 2.73 FIP in 2013, winning the National League Rookie of the Year Award and finishing third in NL Cy Young voting at the age of 20. Among qualified starting pitchers, Fernández's 2.58 ERA between 2013 and 2016 is second only to future Hall of Famer Clayton Kershaw. Fernández's tragic death in September of 2016 at the age of 24 was one of the most difficult moments the sport has had to deal with over the last decade. 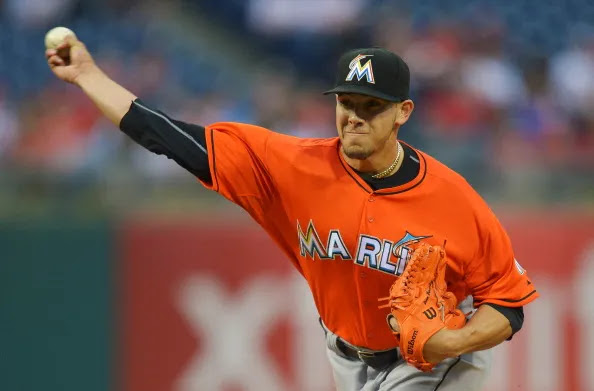 With one of the most unique windups in MLB history, "The D-Train" was a fan favorite in Miami and beyond during the five seasons that he spent with the Marlins. Willis broke into the league in 2003, and won the National League Rookie of the Year Award and was an All-Star in a season where he'd also help the Marlins to capture a World Series title. Two seasons later, Willis led the National League in wins (22), complete games (seven), complete-game shutouts (five) and HR/9 (0.4), finishing second to Chris Carpenter in NL Cy Young Award voting. Willis' star didn't burn for a long time, but he sure was fun to watch at the height of his powers. 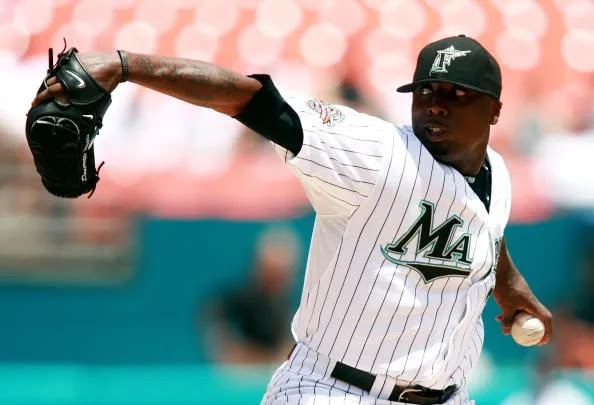 In 10 seasons with the Fish, Castillo made three All-Star teams and won three Gold Glove Awards. He also led the National League in stolen bases in both 2000 and 2002, and is the franchise's all-time leader with 281 stolen bases. Castillo's 35-game hitting streak in 2002 is the longest in Marlins history. 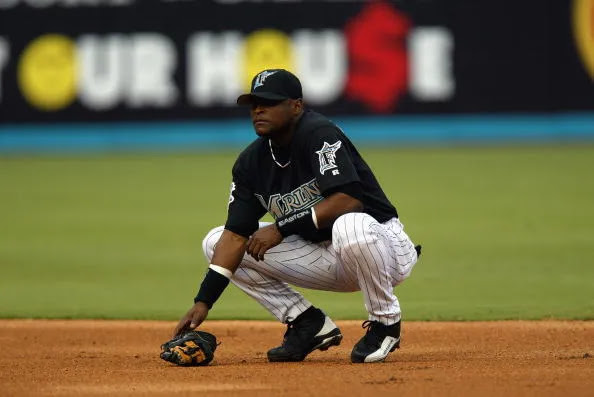 That's my top 5 Florida Marlins all time . Remember it's hard to get any opinion 100% agreed upon but that's my list and I'm sticking to it ! Until next time Fam!
Posted by Le'Nalors at 7:33 PM No comments:

After Dark, Artist Alley, Artisan’s Playhouse, Cosplay Central, Family HQ, Gaming Zone, Pop Asia & Pride Lounge. These Show Features have more content and interactivity than ever before and will be returning at Florida Supercon 2022. 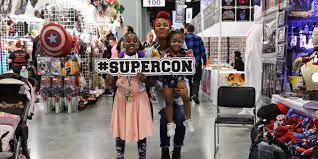 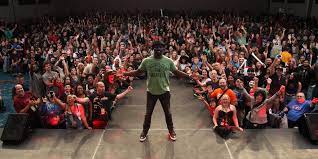 Florida SuperCon 2022 is a comic convention in Miami Beach, Florida on July 8-10. The annual event is at the Miami Beach Convention Center. Convention doors open Friday at 10 a.m. and close Sunday at 8 p.m.