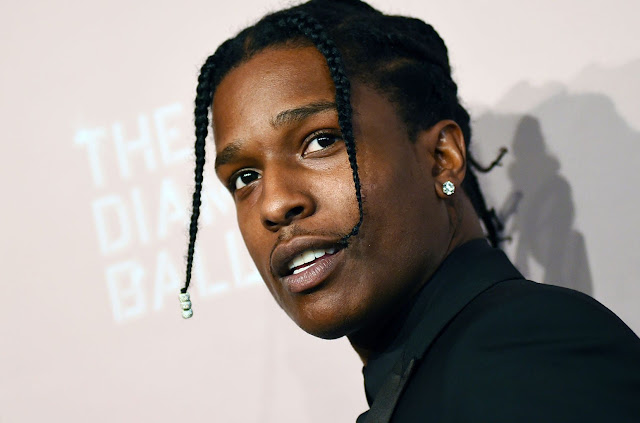 Rapper A$AP Rocky, whose real name is Rakim Mayers, pleaded not guilty to two counts of assault with a semiautomatic firearm at a Los Angeles court Wednesday.

The charges are related to a shooting involving a former friend of the recording artist. The incident occurred in Hollywood last November.

Mayers, 33, was arrested in April and later released on bond. He remains free until the next court date on Nov. 2, according to the Los Angeles County District Attorney's office.

District Attorney George Gascón announced the felony charges on Monday, saying Mayers is facing allegations of personally using a firearm during an altercation. 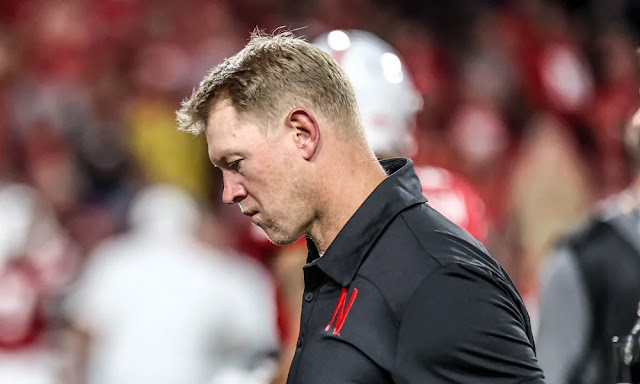 Nebraska coach Scott Frost accepted responsibility for a controversial onside kick decision in Saturday's season-opening loss to Northwestern while acknowledging he needs to do more to retain his job.

Frost made the call to attempt an onside kick with Nebraska leading 28-17 midway through the third quarter in a game being played in Dublin. Northwestern easily recovered the kick at the Nebraska 44-yard line and scored five plays later. The Wildcats outscored Nebraska 14-0 in the final 24:37 to win 31-28 at Aviva Stadium. 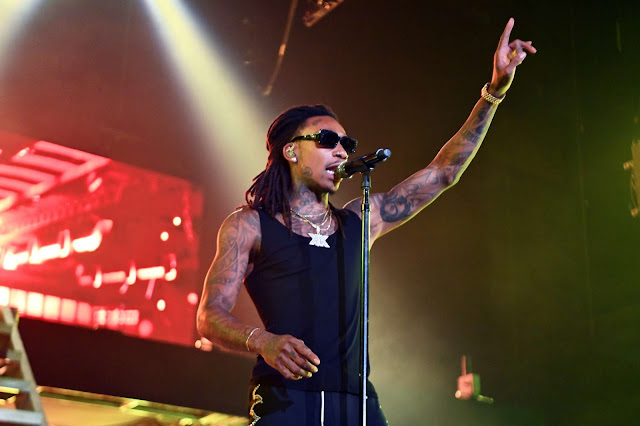 The chart-topping rapper was the headlining act at the Ruoff Music Center in Noblesville. Towards the end of his set, a fight broke out near the front of the stage, which disrupted the fans’ experience.

Things got even worse when some people thought they heard the sounds of gunshots. As a result, hundreds of patrons started running towards the exit.

Local law enforcement policing the venue sprung into action and quickly locked down the area.

“The emergency plan was initiated and followed, and all gates, including non-public exits, were opened. Subsequently, the venue patrons self-evacuated,” a representative with the Hamilton County Sheriff’s Office said in a statement.

We Still known for Rides Of The Day on this site !! Now we Have Video from Frog Alley Bo !! Be sure to Like and Subscribe to his Youtube Channel. The Fam brings it ! 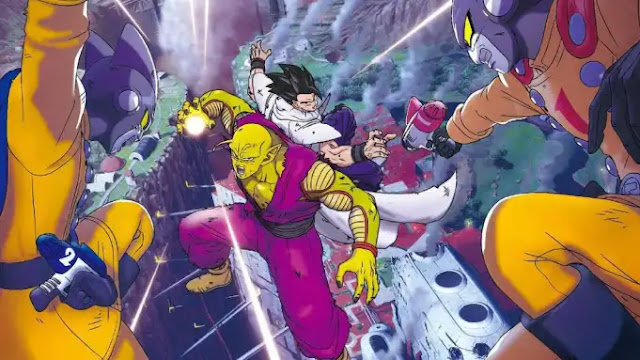 The anime film, playing on 3,007 screens, is being distributed domestically by Crunchyroll, which specializes in anime film and television. “Super Hero” is a necessary bright spot in an otherwise dreary August at the box office. The newest “Dragon Ball Super” installment earned twice as much as the weekend’s other new nationwide release, Universal’s survival thriller “Beast,” starring Idris Elba. Dinged by mixed reviews, “Beast” opened to a modest $11.5 million from 3,743 North American cinemas.

“We’re absolutely thrilled that ‘Dragon Ball’ fans could come together to experience and enjoy this amazing film in theaters,” Mitchel Berger, Crunchyroll’s senior VP of global commerce, said in a statement. “Crunchyroll thanks all of the fans, whether or not you are a ‘super’ fan or a newcomer, and we hope they come back again and again.”

DJ CLUE BLASTS TODAY'S 'AWFUL' RAP MUSIC: 'SOME OF THESE SONGS BE A,B,C' 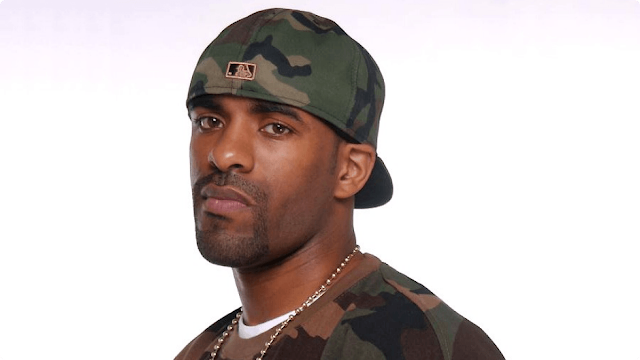 DJ Clue has criticized the quality of some of today’s Hip Hop music, saying he thinks rap would be better if artists actually put pen to paper during the creative process.

Taking to Twitter on Wednesday (August 17), ClueManatti revealed he’s not a fan of some of the music being produced today, and he offered some advice to those making music in the modern era.

“A lot of these records would be better if these rappers took a pen and pad and wrote their raps down,” Clue tweeted. “It needs to be well thought out and not just saying anything.”

Heat's Udonis Haslem Will Return for 20th NBA Season, Plans to Retire After 2022-23 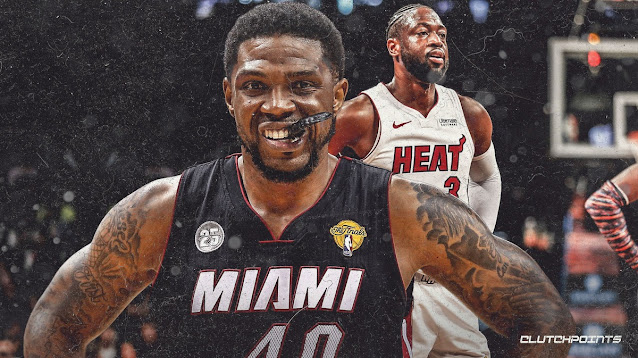 Udonis Haslem will return to the Miami Heat for his 20th—and final—season in the NBA.

The 42-year-old announced his decision to sign a new contract with Miami during an appearance at his youth camp on Sunday.

Haslem also noted that he will retire at the end of next season! 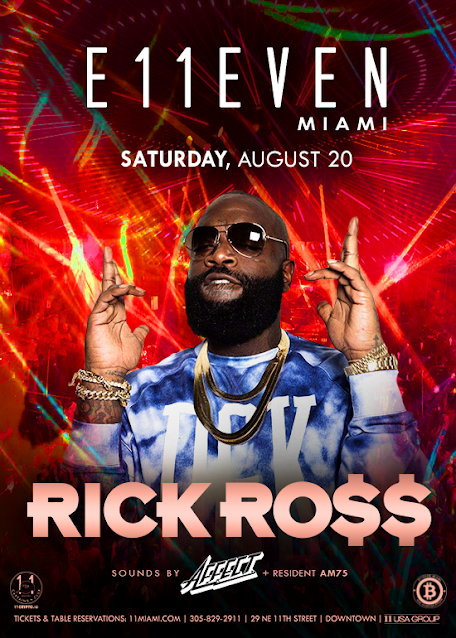 29 NE 11th St, Miami, FL 33132
ENTRY: All Ticket Sales are Final. All guests must be 21+ with a valid photo ID. Ticket only guarantees entry before 1am, must arrive with entire group upon entry, and present valid photo ID along with matching credit card used at purchase. NOTE: Guests arriving after 1am on the night of the event must pay the difference between their ticket price and the current door entertainment fee. If the purchaser will not be entering with the entire group, please contact TIXR at support.tixr.com to change the names on your PDF tickets. NON-TRANSFERABLE: Tickets are non-transferable and are only valid through Tixr.com. All ticket sales are final, and reselling of tickets is strictly prohibited. Please be advised if you purchase a ticket through any other platform, you will not be granted entry. E11EVEN MIAMI is not capable of giving you a refund and is not responsible for any issues that you may encounter at the door. DRESS CODE: Upscale and Stylish Nightlife attire. No oversized clothing, including but not limited to T-shirts and pants. No beachwear permitted, such as shorts, tank tops, flip-flops, baseball caps, jerseys, etc.
ABOUT: E11EVEN MIAMI, THE WORLD’S ONLY 24/7 ULTRACLUB IS ENTERTAINMENT REIMAGINED. AN IMMERSIVE ADVENTURE, ENCOMPASSING THE LUXURY AND SOPHISTICATION OF A ONE-OF-KIND EXPERIENCE. THE AWARD-WINNING LANDMARK DESTINATION PRESENTS A SERIES OF THE MOST SPECTACULAR LIVE SHOWS EVER PERFORMED INSIDE A NIGHTCLUB. WORLD CLASS AERIALISTS, ACROBATS, CONTORTIONISTS, AND DANCERS BRING THE HIGHEST LEVEL OF CIRCUS AND PERFORMANCE ART, CHOREOGRAPHED TO ORIGINAL MUSIC AGAINST THE BACKDROP OF THE STATE-OF-THE-ART SOUND & LIGHTING TECHNOLOGY. KNOWN FOR PRESENTING UNFORGETTABLE UP-CLOSE-AND-PERSONAL LIVE PERFORMANCES AND APPEARANCES BY SOME OF THE BIGGEST NAMES IN THE MUSIC INDUSTRY SUCH AS DRAKE, MILEY CYRUS, USHER, NICKY JAM, THE CHAINSMOKERS, NICKI MINAJ, LEO DICAPRIO AND STING. OFFERING PREMIUM BOTTLE SERVICE AND A DELECTABLE FOOD MENU ALL PROVIDED IN AN ALLURING ENVIRONMENT THAT IS BOTH SEXY AS IT IS SOPHISTICATED, IT’S TRULY A FIVE-STAR HOSPITALITY NIGHTLIFE EXPERIENCE LIKE NO OTHER.
Subject To Change 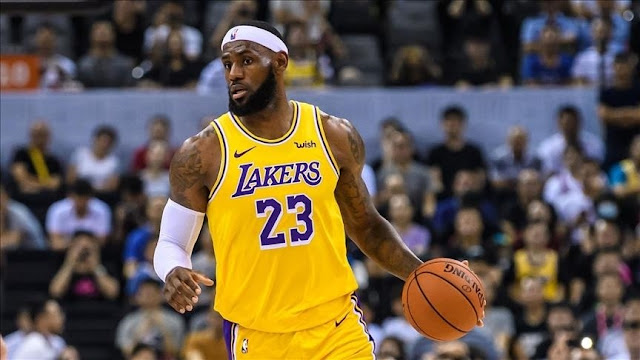 With the deal, the four-time NBA champion and MVP and 18-time All-Star eliminates concern that he could enter free agency next summer. Despite approaching 38 years old, James remains an All-NBA-level player and the centerpiece of the Lakers' contention hopes. 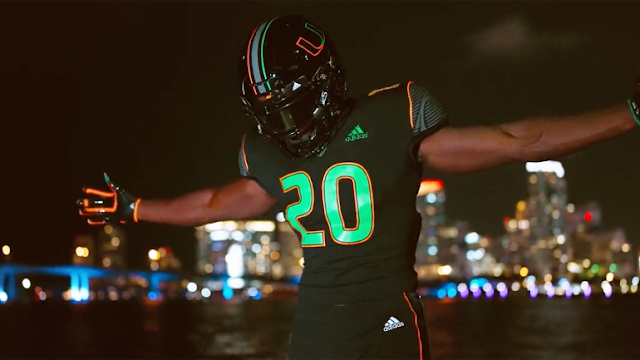 Miami coach Mario Cristobal hopes to finally bring back the swagger that made "The U" one of the top college football programs in the country throughout the 1980s into the early 2000s. But to bring back the swagger, you have to play well. And to play well, it helps to look good. The Hurricanes are dipping into the uniform game to make it happen, releasing an alternate combination through Adidas on Friday called "Miami Nights" that provides the flair that can only be found in South Beach.

Paying tribute to the South Florida vibe is neon piping on the helmet, jersey and pants, along with a contrasting black uniform to really make the colors pop. While Miami used to be at the center of the college football world, its fashion sense certainly hasn't gone anywhere. The school has not released when the new uniforms will be worn on the gridiron this fall, but jerseys will go on sale to the public on Aug. 15. 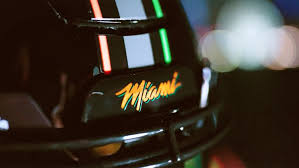 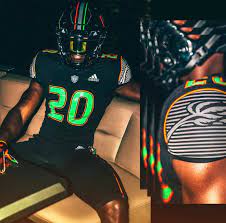 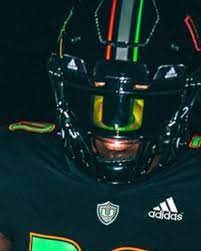 Four-division world champion Adrien “The Problem” Broner, one of the sport’s most notable attractions and biggest personalities, will make his long-awaited return against all-action former world champion Omar “Panterita” Figueroa in a 12-round super lightweight showdown. 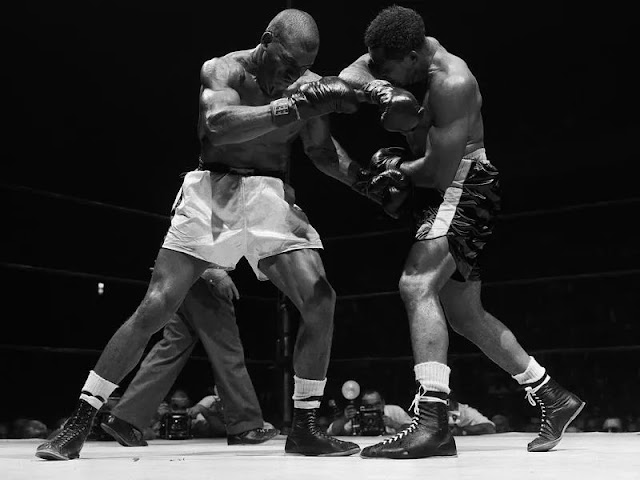 Even knowledgeable fight fans have trouble recalling Harold "Hercules" Johnson, even though it wasn’t that long ago that he was in the ring. It’s a shame because from the 1950s through the early 1960s, he was one of the best middleweights and light heavyweights.

He had an admirable career record but just 32 KOs, which is probably the reason he isn’t better remembered today.

Johnson lost four of five fights with the great Archie Moore, but went the distance each time until he lost via TKO in the 14th round in 1954, his final bout with Moore. Johnson didn’t get a chance to fight for a title until 1961, when he was 33, and stopped Jesse Bowdry in nine rounds to become light heavyweight champ.

He held the belt for two years when, at 35, he lost a razor-thin 15-round split-decision to Willie Pastrano. He also won a 10-round decision over heavyweight contender Eddie Machen in a non-title bout.

Here’s a gem for boxing trivia buffs: Both Harold and his father, Phil, fought and lost to the same man, future heavyweight champ, Jersey Joe Walcott. 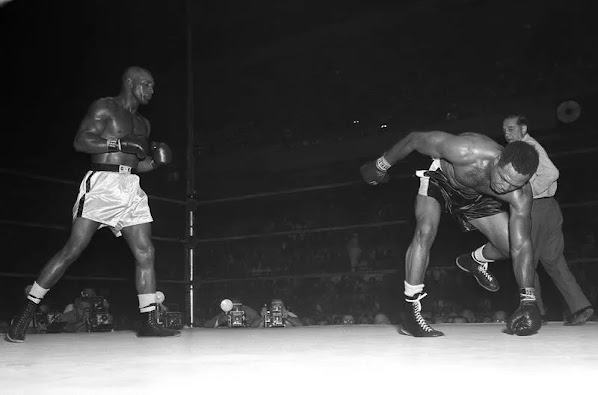 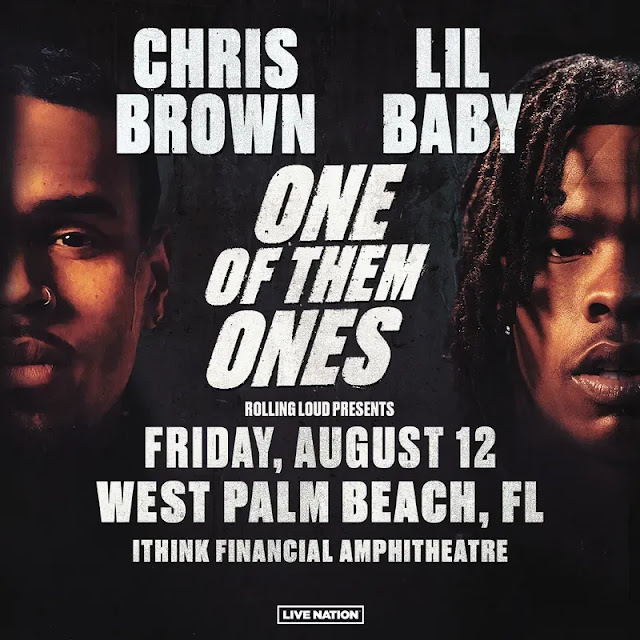 Chris Brown and Lil Baby are teaming up for One of Them Ones tour starting this summer and they've included a concert in West Palm Beach! iTHINK Financial Amphitheater (South Florida Fairgrounds) on Friday, August 12, 2022. Time: 7:00 p.m. Tickets on sale. 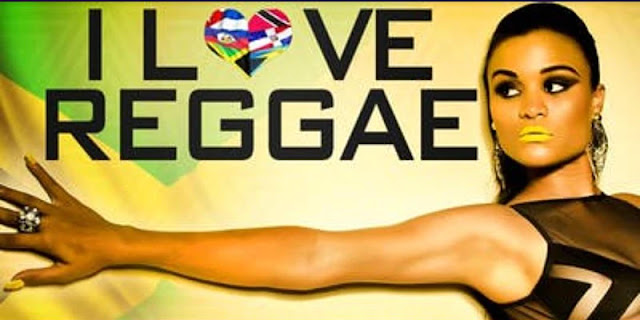