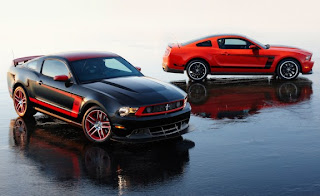 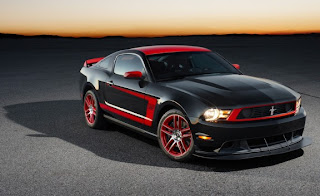 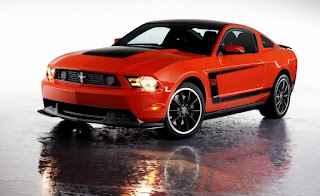 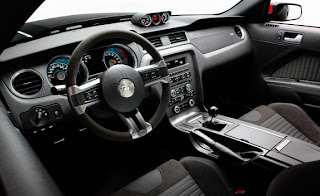 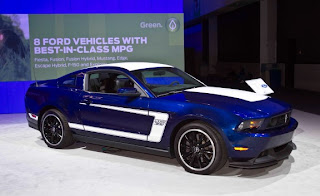 Bullitt. Cobra. Shelby. Mach 1. Ford’s charismatic Mustang has taken on many roles, many forms, and many names during its 46-year history, and the company’s modern marketing machine has pillaged pretty much all of them in the past decade. Boss, however, has stayed largely in the shadows, adorning a few track-only specials sold in extremely limited quantities.
The Boss Mustang is hitting the streets once again in the form of the track-oriented Boss 302 unveiled at the Rolex Historic Races at Laguna Seca. According to the company, the 2012 Mustang Boss 302 is the “quickest, best-handling straight-production Mustang ever offered by Ford.” It pays homage to its track-star forebears by lightening and strengthening key components, juicing up the engine, and wrapping it all in the vintage color schemes that Boss Mustangs are known for still today.


Aerodynamic changes include a deeper front air dam and a rear spoiler. Not accidentally, the changes stylistically connect the new car to its predecessor, right down to the livery, including Competition Orange, Performance White, Kona Blue, Yellow Blaze, or Race Red. These are offset by white or black C-stripes and a matching roof.
Inside, however, the 2012 Boss 302 couldn’t be less like the original—today’s UPS trucks come with more creature comforts than most track-oriented muscle cars from the late 1960s. The new Boss models receive an Alcantara-covered steering wheel, dark metallic dash and door panels, a black shift knob, and cloth seats with “suede-like” center inserts. The GT500’s Recaro front bucket seats are optional. Eleven pounds of sound-deadening material are missing, to allow more of the engine’s uniquely tuned exhaust sound to fill the cabin.
What a Difference Four Decades Makes
Posted by Le'Nalors at 11:00 PM