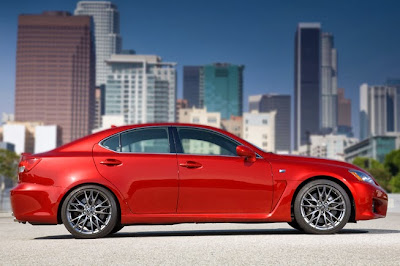 The IS F is to Lexus' IS sedan range what the M3 is to BMW's 3-Series lineup - a serious performance sedan designed to put a big smile on the driver's face. It represents a marked departure from the luxurious but somewhat sedate cars on which Lexus has built its reputation.

Recent Changes
For the IS F's last year on the market before a complete redesign, Lexus has upgraded the speedy four-door with a few improvements, including LED fog lamps and a carbon fiber rear spoiler. Inside the IS F now boasts headrests embossed with the "F" logo, Alcantara trim on the doors and center console and semi-aniline leather-trimmed seats.

Overview
As with many performance vehicles, the centerpiece of the IS F is it's engine - a sonorous 5.0-liter V8 engine delivering 416 horsepower at 6600 rpm and 371 pound-feet of torque at 5200 rpm. This motor is mated to an eight-speed automatic transmission that features a unique torque-converter lock-up control that allows for direct, crisp gear changes through the constant lock-up of the torque converter in the second through eighth gears. 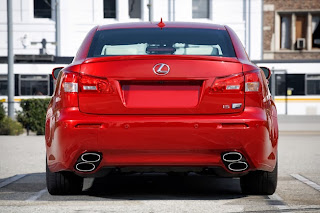 In Drive mode, the IS-F transmission performs smoothly, and the torque converter allows for quick zero to 60 mph acceleration of 4.6 seconds. The transmission also features a manual mode operated via a pair of paddles. Downshifts are accompanied by automated throttle blips to match engine RPM to vehicle speed.

Despite the IS F's high-performance nature, it still delivers decent fuel economy: 18 mpg in the city and 23 mpg on the highway, according to the EPA.


Heavy-duty Brembo brakes with 14.2-inch discs and six-piston calipers ensure all the power is kept under control. The IS-F features custom-designed 19-inch forged alloy wheels with 225/40R19 sized rubber up front and 255/35R19 at the rear as standard. 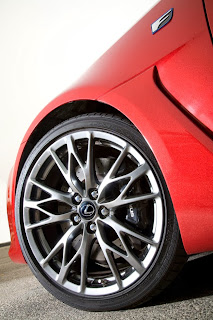 While the IS F was criticized for an overly harsh ride when it first launched, Lexus has since addressed that issue with a retuned suspension while also adding an updated electronic power steering system and a Torsen rear differential. Increased spring and damper rates and larger-diameter stabilizer bars midway through the production run helped create especially crisp and responsive handling.

In addition, vehicles with the black interior received Alcantara seat inserts with leather bolsters that enhance its sportiness. An all-new Orange and Black leather interior with contrast stitching flaunts the IS F's attitude and replaces the Terra Cotta interior 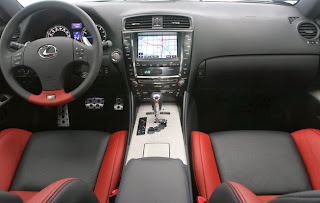 Highlights from the options list include a 14-speaker Mark Levinson sound system, heated and ventilated from seats and a navigation system.

Occupant Safety
All IS F models come standard with dual front, front side, front knee and full-length side curtain airbags in addition to traction and stability control systems and brake assist. 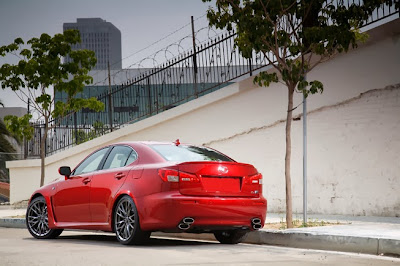 Key Competitors
The IS F is aimed at performance-focused sedans like the BMW M3, the Mercedes-Benz C63 AMG and the Cadillac CTS-V.