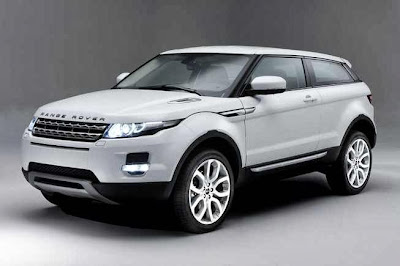 The Range Rover Evoque is the latest vehicle to join Land Rover's lineup, and it certainly stands out from the rest of the storied off-road nameplate's range due to its decidedly more road-minded design. The Evoque Coupe is the most style-oriented model in the lineup, while the Evoque Five-Door adds an extra dose of practicality.

The Evoque foreshadows a new, more urban direction for Land Rover, although the company says it will continue producing off road-oriented models. The automaker defends the street-ready Evoque model as a response to changing consumer preferences and stricter emissions standards. 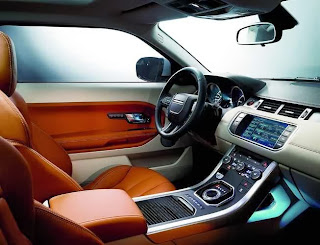 Stylistically speaking
According to Land Rover, the Evoque is the smallest, lightest and most efficient vehicle the company has ever produced, measuring just 172 inches from head to toe. It was designed at the firm's Gaydon facility and is produced in Halewood. The Evoque is largely based on the Land Rover LR2, itself riding on a Volvo-developed platform.

Stylistically a dead-ringer for the automaker's LRX concept car that debuted several years ago, the Evoque boasts a much more aggressive shape than any Land Rover vehicle before it.

Inside, the squared off, symmetrical dashboard theme isn't unlike that found on the LR4 and Range Rover. The SUV can be had in one of three trim packages - Pure, Prestige or Dynamic.

Pure models feature brushed aluminum trim and neutral colors, while the Prestige badge brings with it two-tone leather wrapping nearly every surface and mixed wood and aluminum trim, as well as 19-inch wheels. Dynamic adds a sport-oriented interior and the availability of a contrasting-color roof and rear spoiler. 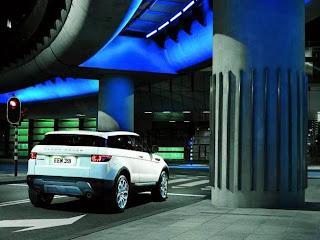 Motivation
A 2.0-liter turbocharged four-cylinder plucked from former corporate parent Ford's parts bin provides motivation in the U.S. (European markets get a diesel option). The engine makes 240 horsepower and 250 lb-ft of torque and, working in conjunction with a six-speed automatic transmission, helps the Evoque sprint from zero-to-60 mpg about seven seconds and return 18 mpg in the city and 28 mpg on the highway.

The Evoque comes standard with all-wheel-drive and a version of Land Rover's Terrain Response control is available.

Make it your own
As is usually the case with luxury vehicles, the Evoque can be had with an extensive list of custom configurations to suit your taste and style.

Some of the custom options include: 12 exterior colors, three contrasting roof colors, five different alloy wheel designs that range from 19- to 20-inches, 12 different designer interior configurations, black or chrome roof rails and a choice of wood or metal accents for the interior.

Key Competitors
The Evoque Coupe doesn't really have any direct rivals; the Jeep Wrangler is the only other two-door SUV on the market, yet it is far more off-road oriented, not to mention less luxurious, than the Range Rover. In terms of head-turning style, crossovers like the BMW X6 and Acura ZDX could be considered competitors to the Evoque Coupe. 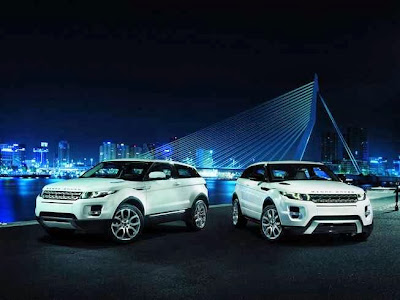