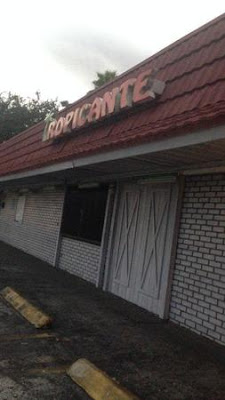 The City Commission Tuesday unanimously agreed with the city attorney's recommendation to sue for the club to be declared a "public nuisance" — which would be the first step in getting it shut down, according to Rebecca Medina Stewart, city spokeswoman.

Broward Sheriff's Capt. Robert Schnakenberg came to the City Commission to list the ways the party at the 12-year-old restaurant and lounge at 4251 N. Dixie Highway has gotten out of control.

"In three years, there's been over 170 calls for service just at that location," Schnakenberg said.

Stabbings, shootings, nine felony drug or gun arrests, alcohol served to minors and fights that required several districts to send in personnel were on his list.

But Rocky Pericles, manager of the club, called the attention his establishment is receiving "harassment." A lot of what happens in the surrounding area of southeast Deerfield Beach has been unfairly attributed to the club, he said.
"We didn't have any shootings at our establishment," he said. "It never happened at Tropicante."

Club Tropicante is currently in litigation with the city, appealing the city's judgment that it can't serve alcohol until 4 a.m.

Pericles also denied the BSO reports that his establishment has improperly charged cars to park on city streets. His club's hours are from 10 p.m. to 4 a.m. — outside the regular hours of alcohol service — because it is located in an area that was annexed from Broward County into Deerfield Beach. So, its rights to serve alcohol are grandfathered in, he said.

"They are coming down on us because we're an urban crowd," Pericles said. "They come around and ticket cars in the parking lot."

"We constantly get complaints about that park when they are out there," she said. "They play loud music and there are a lot of elderly people who live around there."

The club's attorney said he'll be glad to defend the club against the "nuisance" label.

"The club has been operating under a scrutiny no one deserves," said lawyer Daniel Aaronson. "The club operates lawfully."

If you have any Thoughts feel free to share in the comment section ! was is time to shut it down or is it about politics ?? Let me know !