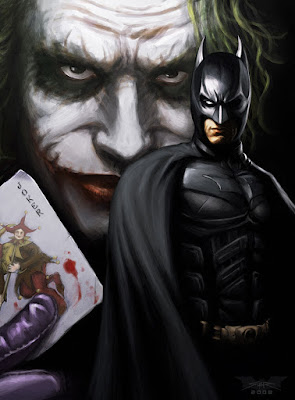 Whats good fam! Back with another Friday Best Top 5. I'm a huge comic book fan so it was a must to run off my Top 5 Villains ! So check it out .

The Joker doesn't have any interest in money, power, fame, respect, or even life. The Clown Prince of Crime has one interest: Batman. The two are distorted reflections of one another, which the Joker sees a lot more clearly than Batman. But whereas the Joker has accepted and reveled in madness, Batman refuses, despite the ample evidence - he's a billionaire who dresses up like a bat and beats up thugs half to death, which isn't exactly what most sane people would do in his situation. The Joker's specific goals have varied over the years - to drive various people insane, to murder as many people as possible (including the Jason Todd incarnation of Robin - temporarily, at least), or to indiscriminately cause destruction. And that's what makes the Joker Batman's - and, all of comics, apparently - greatest villain: he's unpredictable and unrelenting, with little or no concern for himself, because this is all a joke to him. None of it really matters. While everyone else worries about the gravity of the horrible situations comic books find themselves in, the Joker's in the corner, laughing. 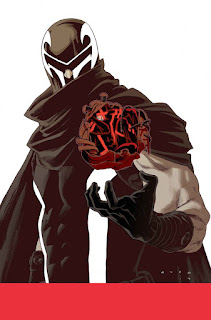 There are probably the most obvious parallels between real world social issues and comic book stories in X-Men - where mutants are stand-ins for any oppressed group throughout time. All oppressed groups will stand up for themselves after years of discrimination, and usually they will rally around a strong leader who wants to institute some lasting change - in the case of the mutants in X-Men, that person is Magneto, and the lasting change is "murder all non-mutants." Magneto suffered oppression even before his mutanthood, as a Jewish survivor of the Holocaust, so he knew the depths of humanity's potential for outright hatred to anyone viewed as 'different.' And, in practice, his philosophy seems a lot more likely than Xavier's belief that humans and mutants can just get along - humans are probably never going to warm to a species that so wildly outpowers them in every regard, where individual mutants could singlehandedly destroy the entire planet. Over the years, he crossed over into outright villainy in trying to achieve his goals - notably, he's torn out Wolverine's adamantium from his skeleton - but he's always been understandable in a way few villains are. Humans have committed some horrible acts against mutants in the X-Men universe - it's hard not to root for Magneto sometimes. 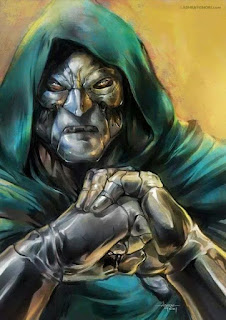 Another supergenius on this list of villains, Dr. Victor von Doom, ruler of Latveria, has served as the chief antagonist to the Fantastic Four since almost their very beginning. His primary adversary, though, has always been Reed Richards (aka Stretch-Guy) - the only person in the Marvel universe Doom fears may be more intelligent than himself. His desperate pride has always been his greatest flaw - he needs to be worshipped, feared, and respected by all. Although one would imagine a man covered in metallic armor would inspire more fear and awe than a guy in metallic armor covered in a green slanket. 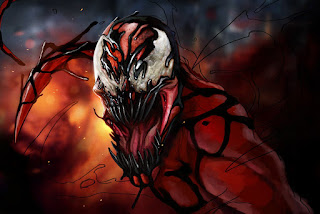 Carnage isn't quite as nuanced, interesting, or sympathetic as many other villains on this list, but he does have something that most don't - pure, unadulterated bloodlust, which can make for some pretty terrifying villainy. Born of the combination of a psychopath serial killer and the offspring of the Venom symbiote (yes, symbiotes have kids, and their family dinners at Thanksgiving are total nightmares), Carnage was a essentially an absolutely destructive force of nature. Carnage was so evil and dangerous, he led to several Spider-Man/Venom team-ups to take down the gooier-looking symbiote. 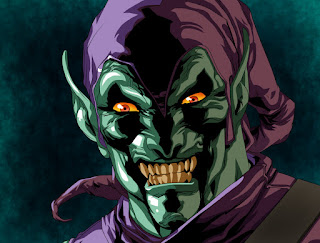 The Green Goblin killed Spider-Man's first love, Gwen Stacy. That alone - one of the most unexpected and lasting deaths in comic book history - is probably enough to justify his spot on this list. Making matters worse, it was later revealed he had impregnated Gwen, leading to the birth of twins, prior to his killing her. And - most villainously of all - he had an integral role in the horrible, terrible, no-good Clone Saga of the early '90s, one of the worst stories in comic book history.