Whats good Fam !! Back with another Friday Best. Even though my Atlanta Falcons season is not going so well. I wanted to make myself smile .. So here are my Top 5 Atlanta Falcons all time !! Remember you may also share your thoughts .. So check it out ! 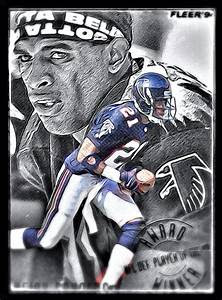 The Atlanta Falcons hit the jackpot when they selected Florida State’s Deion Sanders with the fifth overall pick in 1989 draft. Whether he was blanketing top wideouts as an All-Pro cornerback or taking it the house as a return specialist, Neon Deion never ceased to amaze. During his five seasons with the Falcons, Sanders had 24 interceptions, made three Pro Bowls, and earned two First-Team All-Pro selections. In short, the Hall of Famer was “Prime Time.” 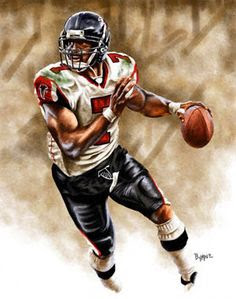 Atlanta selected Michael Vick with the first overall pick in the 2001 draft. Almost immediately, he became one of the most electric players the game had ever seen. In six seasons with the Falcons, the lefty threw for 11,505 (fifth in franchise history), added another 3,859 yards on the ground (sixth in franchise history), and went to three Pro Bowls. Controversy aside, few players have ever possessed the natural athletic ability of Atlanta’s former signal caller. 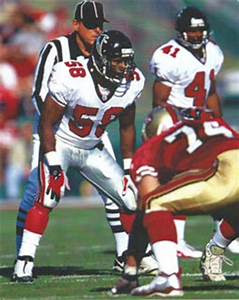 Jessie Tuggle spent the entirety of his 14-year career with the Atlanta Falcons. It’s safe to say he made the most of it. The linebacker racked up 21 sacks, had six interceptions, and went to the Pro Bowl five times. To this day, he remains the organization’s all-time leader in tackles with 1,640. 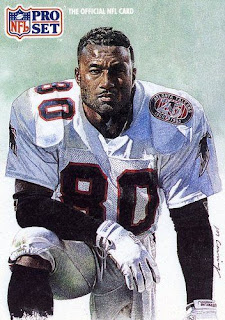 Wide receiver Andre Rison had his most productive years as a member of the Atlanta Falcons. From 1990–94, the man they called “Bad Moon” caught 423 passes, amassed 5,633 receiving yards (fifth in franchise history), averaged 72.2 receiving yards per game, and caught 56 touchdown passes. During this span, Rison also went to four Pro Bowls and earned the only First-Team All-Pro selection of his career. 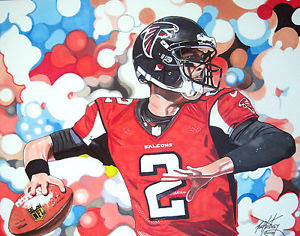 Atlanta hoped it had a franchise quarterback when the team selected Matt Ryan with the third overall pick in the 2008 draft. After watching the former Boston College product carve up defenses over the past nine years, it’s clear the organization got its wish.
Ryan has a 64.9% career completion percentage, has been to four Pro Bowls and earned one First-Team All-Pro honor, and is the Falcons’ all-time career leader in passing yards (37,701) and touchdown passes (240). A victory in Super Bowl 51 would go a long way toward further cementing his status among the elite. Still, there’s no denying Ryan is already the greatest quarterback to ever put on a Falcons uniform.