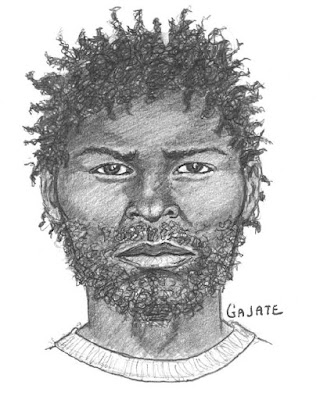 Robbery detectives are releasing a sketch of a man who tried and failed to steal a victim’s car near 1200 S. Federal Highway in Deerfield Beach, injuring her in the process.

At approximately 4:15 p.m. on January 18, deputies responded to reports of a possible carjacking. When deputies arrived, they found Heather Valdez holding a knife in her bloody hand. Valdez was leaving the Target parking lot when she remembered she wanted to grab something out of her trunk. She quickly ran to her trunk, grabbed the item and went back to the driver’s seat. When she tried to close the door, she felt resistance and realized a short, thin male with unkempt short hair was blocking the door. The man told her to get out of the car. The victim began to scream and kick before realizing that he was holding a large knife.

The victim’s response caused the thief to drop the knife. He fled the scene on a BMX-style bike.
The victim received a cut on her hand during the struggle. Broward Sheriff Fire Rescue treated her at the scene.

Anyone with information can contact BSO Det. Armando Enrique at 954-321-4233. If you wish to remain anonymous, contact Broward Crime Stoppers at 954-493-TIPS (8477) or online at browardcrimestoppers.org. Anonymous tips that lead to an arrest are eligible for a reward of up to $3,000.