Back with a Friday tradition , my top 5 of the week ! This week I'm hitting up a sport I love to watch on Sundays ever since I was a kid. Drag Racing .. So lets see my top 5 all time .. check it out 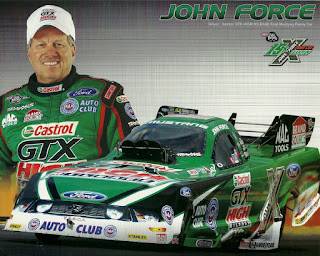 John Force is the winninest driver in NHRA history with 97 career victories, all in the Funny Car class, where he is a 10-time NHRA champion. Force is one of the most popular drivers in NHRA history, a self-avowed "man of the people," yet one of the most successful sponsor gatherers of the last decade. Force, the first Funny Car driver to eclipse the 320-mph barrier, holds NHRA single-season records for 13 wins, 16 final-round appearances, and won 65 elimination-round wins, all recorded in 1996 when he was voted the national motorsports Driver Of The Year in 1996 in balloting by nationwide motorsports media, the only drag racer to earn honor. 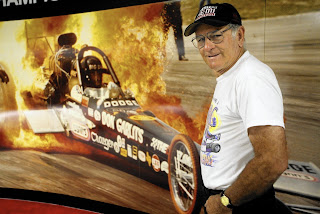 Don Garlits is truly a racer who could do it all: Designer, engineer, engine builder, tuner, team manager, driver, and more, "Big Daddy" is one of drag racing's ultimate icons. Winner of three NHRA Top Fuel championships and 35 NHRA national events, the first to reach 170, 180, 200, 240, 250, and 270 mph, Garlits also was the first to perfect today's familiar rear-engined Top Fuel dragster. Garlits recorded perhaps the best run in drag racing history, a 5.637-second, 250.69-mph blast at the 1975 World Finals that stood unchallenged for more than five years. Garlits opened his Museum of Drag Racing in 1984, and his revolutionary Swamp Rat XXX dragster was inducted into the Smithsonian Institution in 1987 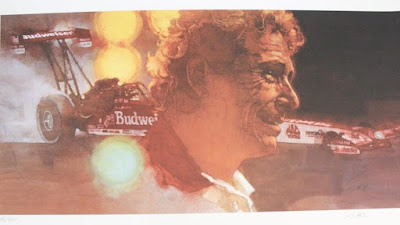 Kenny Bernstein is the only driver to win NHRA Winston championships in Top Fuel (1996) and Funny Car (1985-88). Long viewed as the most successful businessman-racer, Bernstein began in 1980 an association with the Budweiser brand of Anheuser-Busch, Inc., which today is the second longest racer-sponsor alliance in motorsports. The first driver break the 300-mph barrier and the first to reach 310 mph, Bernstein has won 52 NHRA national titles (30 in Funny Car and 22 in Top Fuel) in a career marked by his willingness to allow his crew chiefs to innovate and experiment. 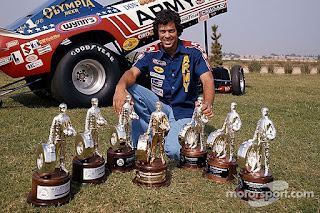 Don Prudhomme is another drag racing legend of mythical proportions. Like Don Garlits and Shirley Muldowney, "the Snake" is synonymous with the quarter-mile. Prudhomme was virtually unbeatable from 1975 to 1978, winning four consecutive Winston Funny Car championships. Even though he retired from the cockpit at the end of the 1994 season, he still ranks seventh on NHRA's all-time win list with 49 victories (35 in Funny Car and 14 in Top Fuel). From the beginning, he has been a star in the sport and with his marketing with Army and Hot Wheels helped broach the gap between the hot rodders and the general public. Since his retirement, he has createdone of the best teams in the sport with drivers Larry Dixon and Ron Capps. As driver and recently as car owner, he's won races in five different decades in two different classes. 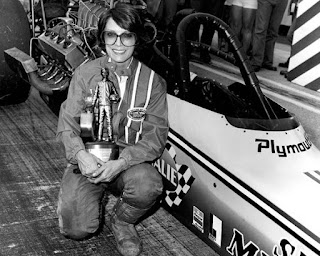 Shirley Muldowney is the only female on the entire Top 5 list, but she didn't earn her way into the top 5 on novelty. One of the fiercest competitors to ever wage war on the quarter-mile, Muldowney is a three-time NHRA Winston Top Fuel champ with 18 national event wins to her credit. Often cited as a guiding inspiration by aspiring female racers, Muldowney cut her teeth in gas dragsters and fuel Funny Cars before becoming the first female Pro-class winner with a Top Fuel victory at the 1976 Springnationals. Crowd-favorite Muldowney, who won the U.S. Nationals in 1982, overcame life-threatening injuries from a high-speed racing crash in 1984 to return to the dragstrip.