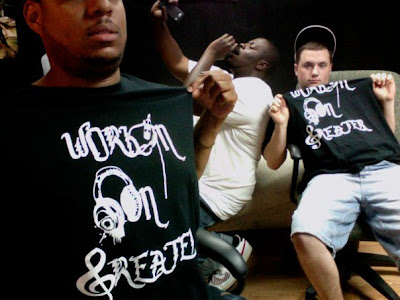 (CEO LE'NALORS) Are you open to other genres and styles of music? If so could yougive us some examples?

(UCIT) We definently have love for all different genres, styles and eras of music. From old school Temptations & The Beetles to ACDC, Sade, Prince, and of course the King of Pop Michael Jackson. Music is a universal language and we respect that!

(CEO LE'NALORS) Now let’s get into your tracks, is there one specific track that youfeel is your favorite and people should check out?

(UCIT) I got so many "favorite" tracks out there, but to narrow it down to just one I would go with "working on gettin greater" That's my shit right there! It pretty much sums up what UCIT is all about! PMP = Practice Makes Perfect!

(CEO LE'NALORS) Is there anyone you are currently working with?

(UCIT) Skrypcha's Protege James Leno AKA Skryp Pick!* *We have currently been promoting with Frog Alley /Alley Vision HD.(http://globalhiphopevents.com I also been working and promoting a lot with Le'Nalors ( check out his on-line store & latest news: http://www.lenalors.com ) We just finished Bobble's album release tour and we also got Lil T laying down the Hot tracks in the studio, its been really exciting to watch him grow and progress musically as an artist. This list could go on forever, but those were just a few: shout out to ADS, Feness, Mareezy, Reggie P, PG, Phill Carr, Klassic, EK, Kyottee,Scotty B, Juice James, J-CRAZY, Wamn, Rob Kroft, LCS, C1 & B1, J-Money, Trauma, Ike Turner, TOS Promptions with Toya G, & last but not least SixyENT!!!
Posted by Le'Nalors at 9:33 PM