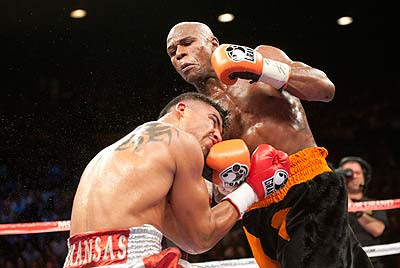 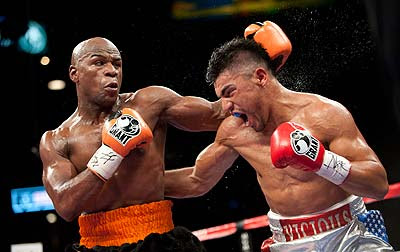 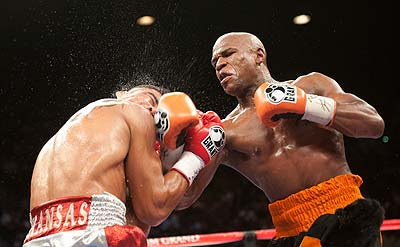 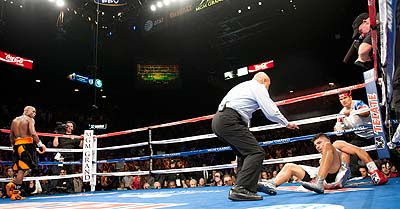 Boxing superstar Floyd Mayweather (42-0, 26 KOs) scored a fourth round KO over WBC welterweight champion Victor Ortiz (29-3-2, 22 KOs) to claim the WBC crown in round four on Saturday night at the MGM Grand Garden Arena in Las Vegas. Ortiz had a good round two, but Floyd was back in charge in the third. After an Ortiz attempt at an intentional headbutt in round four, Cortez broke the action and deducted a point from Ortiz. Cordoba called time back in and Ortiz went to Mayweather, embraced him and apologized, Mayweather then clocked Ortiz with two shots as he was stepping back and knocked him out. Now my Final Take on this fight .. It's Boxing ... Strange things happends alot in this sport .. For example Oliver mccall started crying and had a nervous break down , Henry Akinwande non stop hugging of Lenox Lexis , from Iron mike tyson taking a lunch break on Evander lol , And now we get to Floyd .. This was a legal Ko .. The reaction is more based on dislike I think .. and the destrcuction of Larry merchant after the fight ,To be Honest I enjoyed it .. The fight with pacman will happen ... And when it does .. Lets just hope Boxing can capitalize on something this sport could really use these days .. A great Finish