Mayweather vs Cotto - And The Winner is ??

Boxing superstar Floyd Mayweather Jr (43-0, 26 KOs) dethroned WBA super welterweight world champion Miguel Cotto (37-3, 30 KOs) by twelve round unanimous decision on Saturday night at the MGM Grand Garden Arena in Las Vegas. A good competitive fight. Floyd had the edge in most rounds over the first six rounds, but Cotto had his moments. Cotto was determined to take the fight to Mayweather and bloodied his nose early on. Big round eight for Cotto who went all out for the KO as he launched the most violent attack Floyd has faced in his career to date. It was Cotto’s last hurrah, however, as after that Mayweather took control, staggering Cotto in the final stanza. Scores were 117-111, 117-111, 118-110. 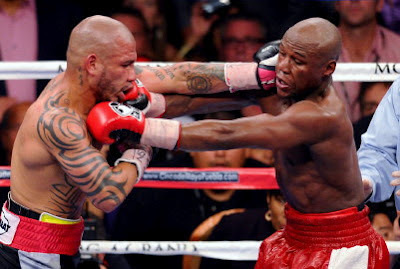 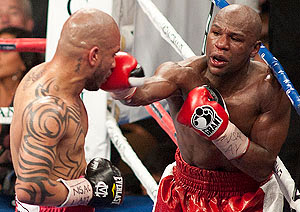 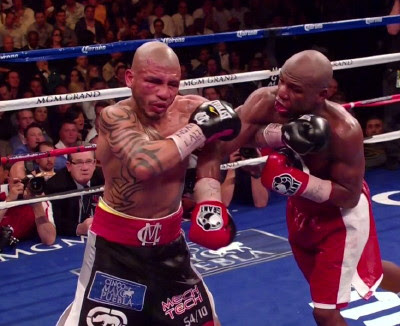