“Iconic.” It’s possibly the word most overused in the last decade. Randomly applied to everything from ’70s television has-beens to retail establishments, and from shoes to athletes, it’s been rendered practically meaningless. But in the case of the Corvette, the word still carries the weight of a blacksmith’s anvil.

Love it or hate it, for more than 50 years, the Vette has unapologetically stood as a universal symbol for homegrown American performance. So when Chevrolet announces it has a new one in the pipe, people get weird. Rumors of mid-mounted engines, piles of carbon fiber, and turbocharging swirl. But now that the drapes have finally sloughed off the 2014 C7 Corvette Stingray—yes, the famed name returns on the base car— Check it out !!

notice in the C7’s nose is clearly evident. Both the hood and roof are constructed of carbon fiber. The profile is visceral; a stretching, sinewy form emphasized by the subdued B-pillar and a rakish backlight. There's also a rear quarter window. But the stylistic element likely to draw the most commentary is the treatment of the taillamps; although the quad-lens presentation follows Corvette tradition, the new lights' rhomboid shape and the dogleg cutout in which they reside are certain to be polarizing. For their part, Chevrolet says they wanted them “not only to say ‘Corvette, but new Corvette.’ ” A quartet of trumpet-like exhaust pipes exit from the center of the rear fascia, one of the few details made clear in the numerous spy photos 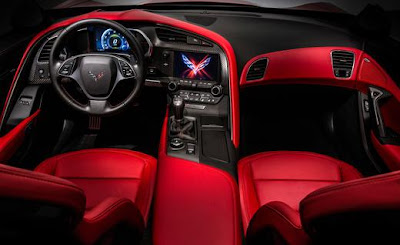 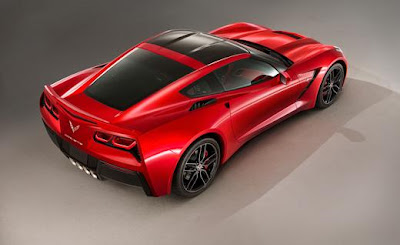 The 2014 C7 Corvette takes more of an evolutionary philosophy—although it shares just two parts with the outgoing car—while also sprinkling in some revolutionary details. The C7’s body casts much the same shadow as did the C6’s, but the new car is peppered with more-pronounced creases, larger and more numerous vents, and an angrier front fascia and headlamp treatment. In the front three-quarter view, the tiny hint of Maranello