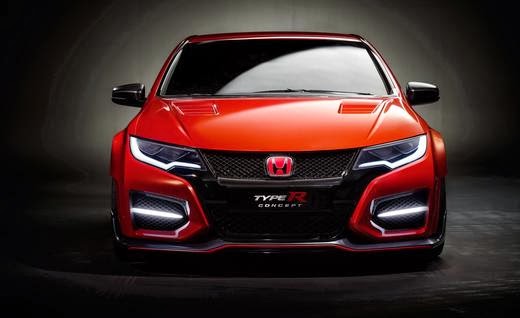 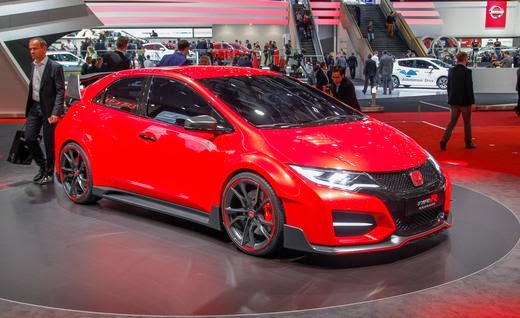 Even though new Civic Type R won’t be sold stateside, Honda’s been stringing us along for months, first by letting us sample its new 2.0-liter engine in a current-spec Euro-market Civic Type R, and then by releasing a teaser sketch that depicted the Type R’s hindquarters at the type of scandalous angle usually reserved for fanboy detention-hall doodles. Now we’ve seen the Civic Type R concept for ourselves, and we can conclusively say the teaser image was no cartoonish exaggeration. From its bulbous but shapely haunches to the oversized geometric wing, it’s all there. Described by the design team as a “racing car for the road” rather than a high-performance version of a road car, it still manages to channel a hint of its predecessor.
Earth Dreams 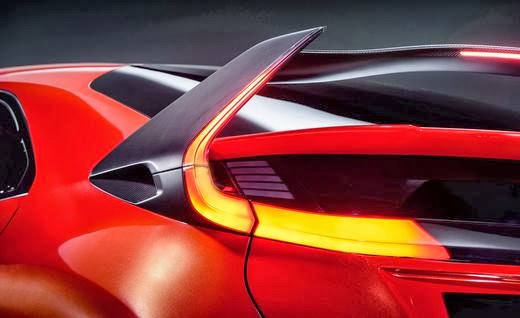 The Civic Type R is the first European-market Honda to feature a turbocharged engine from the brand’s Earth Dreams Technology range. Honda will only say that the 2.0-liter in the Type R will make “at least” 276 horsepower, and be compliant with the latest Euro 6 emissions regulations. And that’s more information than we received when we sampled the mill last fall, as Honda ambiguously told us the new turbo four would be “10 percent more fun than the current 3.5-liter V-6.” We took that to mean it’ll produce somewhere near 300 horsepower, but it’ll likely be a hit a parties, too. To make sure there is no mistaking the Type R’s credentials, Honda boldly stated that its aim for the new Civic Type R to become the fastest front-wheel-drive production vehicle to lap the Nürburgring. 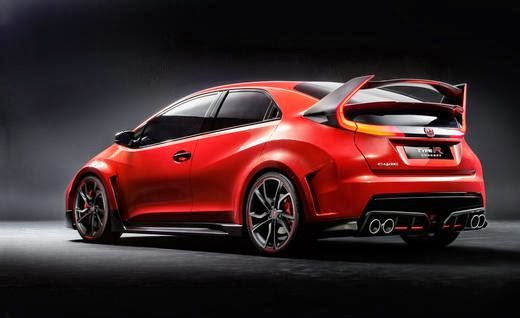 Looks That Kill
Styling and modeling of the new concept was completed in Europe, with the team based at Honda’s R&D center in Swindon, England. Honda says that many of the styling features offer real function, and its goal of reducing drag, adding downforce, aiding cooling, and optimizing airflow has been achieved based on feedback gathered in testing at the Nürburgring. Performance-driven highlights include a front spoiler accented by a red stripe, air vents on the hood, larger upper and lower grilles, and wider fenders all around with large vents for improved airflow. The new headlight design features integrated LED daytime running lights and horizontal fog lamps. Twenty-inch wheels wear a red pinstripe echoing that of the front spoiler, their modern thin-spoke design offering a clear view of the bright red Brembo brake calipers. The towering double rear wing not only increases downforce, but also houses integrated LED taillamps.
Honda tells us the production version will debut in the 2015 model year! 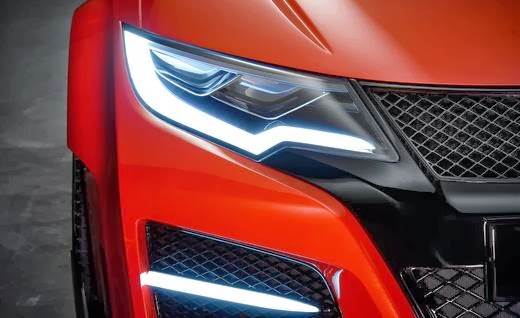