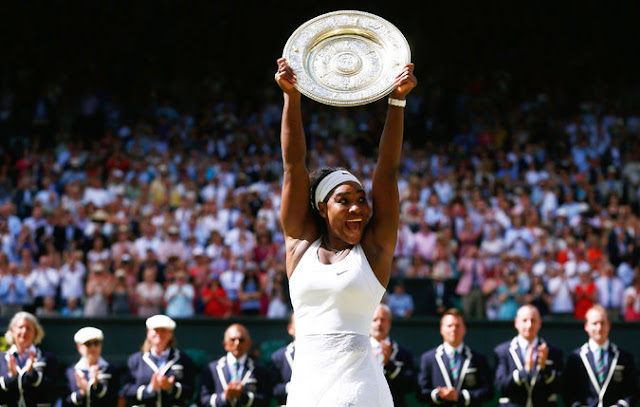 WIMBLEDON, England — Three years had passed since the Wimbledon champion’s trophy was last in her possession, so Serena Williams had some fun with it.
She held it high on Centre Court with both  arms . She balanced it on her head like a book in a 1950s charm school and walked with it . At one stage, she even playfully declined to hand it back to a Wimbledon official (understandable).
“At the beginning of the year, this is the one I really wanted to win,” Williams said. “So that was the first thing and the main thing on my mind.”
Winning Wimbledon — which Williams has now done six times — is normally a sufficient thrill on its own. And Saturday’s 6-4, 6-4 victory over Garbiñe Muguruza of Spain, which made the 33-year-old Williams the oldest Wimbledon singles champion of the Open era, was a remarkably pleasant contrast to her dark and disorienting experience at the All England Club a year ago. 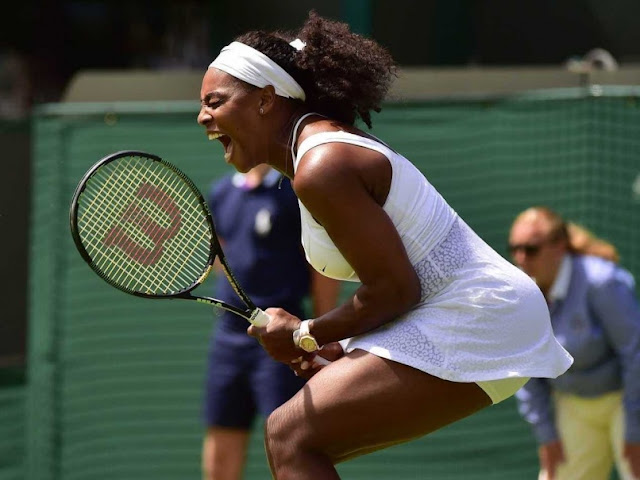