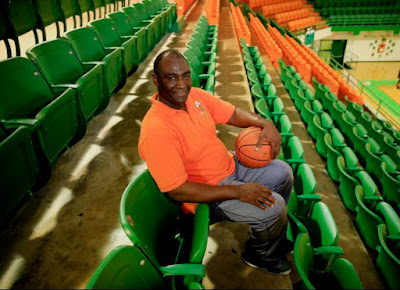 No matter happens over the final four months, 2015 has been a banner year for Melvin Randall.
He made Broward County history when he became the first and only coach to win six state boys basketball championships.
No. 6 came when he led Blanche Ely’s boys’ basketball team to 28 straight victories this past season en route to capturing a Class 7A state championship – becoming just the fourth school in state history to notch an undefeated season and win a state title.
Then, Randall was named the All-USA Boys Basketball Coach of the Year by USA Today along with being named Florida Dairy Farmers Class 7A Coach of the Year.
So when Broward County honored Randall Tuesday, it was rich icing on an already decadent cake.
The Broward County commission honored Randall with a Proclamation of Excellence at the Fort Lauderdale Government Center East board room – recognizing his 23 years of service as an educator and coach.
“This is a true honor and definitely a blessing,” Randall said after accepting the award. “I am humbled by this and it means a lot to be recognized by Broward County.”
A few members of Randall’s family and some of his assistant coaches attended the event honoring the legendary coach. 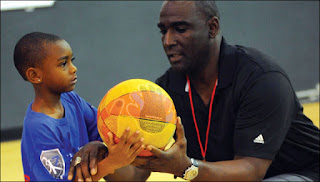 Having a career that spans nearly two and a half decades, Randall has compiled a 482-141 career record – a mark that screams ‘Hall of Fame’.
Many associate Randall, 52, with Blanche Ely but he first made his mark – and won his first two titles – at a rival school.
He won two championships at Deerfield Beach (1997 & 1999) – leading the Bucks to a 34-1 record during the 1999 season.
Randall took over Ely in 2002 and led the Tigers to titles in 2007 then back to back titles in 2012 and 2013 followed by the 2015 crown this past March.
With his six titles, Randall moves ahead of Dillard boys’ coach Darryl Burrows, who has won five titles with the Panthers. Randall is tied with Miami Norland boys’ basketball coach Lawton Williams, who won his sixth state championship – fourth straight – in March. 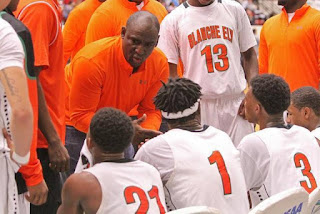 After Blanche Ely held off a pesky Kissimmee Osceola team to capture a 72-60 win in the Class 7A state championship game, Randall was both reflective and deflective.

“To have six rings – I don’t take that lightly,” Randall said during the postgame press conference. “I think it’s blessing. We all know how hard it is to win one. I don’t consider it just an ‘I’ thing though. I have some great assistant coaches that work extremely hard and are very knowledgeable about the game of basketball. And they help push me and help push the kids to put us position to be successful.”
Posted by Le'Nalors at 10:07 PM