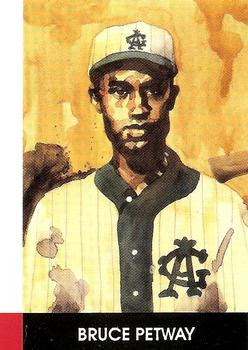 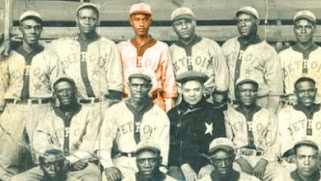 An outstanding receiver with a strong and accurate arm that is regarded as one of the best ever and that few base runners challenged, he intimidated base runners and, according to the press, had them "hugging the bases." Although his pegs to second base were almost invariably on the money, he threw a "light" ball. He caught much of the game on his knees, but threw to second base without standing up, and was exceptionally quick fielding bunts.

In 1910 he was the best catcher in baseball, and gained notoriety in Cuba when, in exhibition games against the Tigers, he threw out the immortal Ty Cobb three times in three attempts. As a base runner himself, Petway was a good base stealer. The lean, speedy athlete was better known as a base stealing threat than as a slugger. His prowess on the bases was demonstrated when he led the 1912 Cuban winter league with 20 stolen bases. Also an excellent bunter, he fit right into Rube Foster's racehorse style of baseball and was often used in the lead off position. He was also a respectable hitter, batting .390 in the exhibitions against the Tigers.

The premier catcher of the day and the first great receiver in black baseball history, Petway was always in demand by the best teams. He first caught for the Leland Giants in 1906 but, abandoning his studies at Nashville's Meharry Medical College, he left after the season to serve stints with the Brooklyn Royal Giants and the Philadelphia Giants before returning to Chicago, accompanied by John Henry Lloyd and Frank Duncan, for the 1910 season. That year he registered a .397 average as a member of an aggregation that Rube Foster considered to be the greatest team of all time, black or white 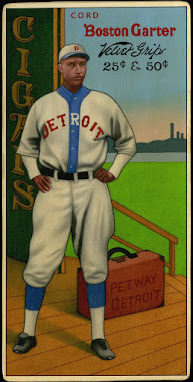 Petway continued as the backstop for Foster's superb Chicago American Giants, at a time (1910-1918) when they were virtually perennial champions. During his tenure with Foster's team he was disabled twice by strained ligaments in his throwing arm and once by a leg injury, losing substantial playing time for three consecutive seasons, 1914-1916.


A smart ballplayer, the scrappy receiver was a student of the game and learned much from his years with Rube Foster, enabling him to end his baseball career as a player-manager with the Detroit Stars. As a manager he was slightly hotheaded but was good with young players. His batting averages in Detroit were .313, .268, .337, and .341 in 1921-1924, before slumping to .156 in 1925, his last season. Altogether he spent seven seasons with the Stars. After his retirement he lived in Chicago, where he managed an apartment complex.