The Le'Nalors Round Table of The Week " Whitney Houston " 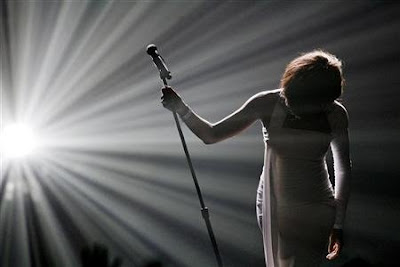 Whitney Elizabeth Houston (August 9, 1963 – February 11, 2012) was an American singer, actress, producer, and model. In 2009, the Guinness World Records cited her as the most-awarded female act of all time. Her list of awards includes two Emmy Awards, six Grammy Awards, 30 Billboard Music Awards, and 22 American Music Awards, among a total of 415 career awards as of 2010. Houston was also one of the world's best-selling music artists, having sold over 170 million albums, singles and videos worldwide. My final thoughts is I know Miss Houston had serious Problems in her life , But as an 80's Baby I really remember her at her greatest heights ! So I will keep the thought of her as the elegant soul tress ! If you have any thoughts .. love to hear them !
Posted by Le'Nalors at 10:04 AM