The Le'Nalors People on The Rise Interview " Bobble " 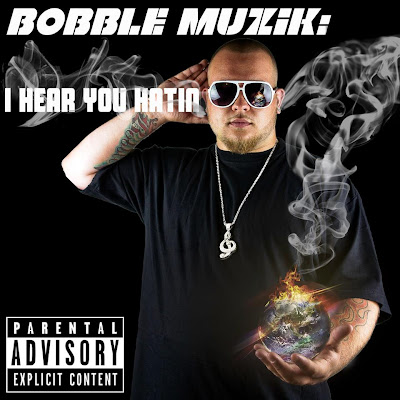 (CEO LE'NALORS) Tell the Readers about yourself?

(Bobble) I'm a Rap Artist/Promoter originally from Clearwater, Fl aka Wick City 727 relocated to 56ace grinding out here in the music industry doing my thang making moves feel me ! Went from a street hustle, to a junkie, to being clean almost 3 years and now with my head on straight working on taking over Florida 1 city at a time.

(CEO LE'NALORS) Where we're you born? And what city and county your reppin?

(Bobble) I was born in NJ originally , but moved down to Florida when I was 9 and was raised down here my whole life in Pinellas county 727 Tampa Bay area. I rep Clearwater all day dats where I was raised and grew up 727 Wick City till I die feel me!!! I mean I rep 813, 561, & 954 too because I stay down here now and been shown love ,but 4eva rep 727 dats why it's tatted on my arm.

(CEO LE'NALORS) How did you come up with your name Bobble?

(Bobble) ummmmm can I just give you the link to my documentary for this question? Lmfaoo naw I mean when I used to hustle the dude I hustled wit we we're playing madden for cash 1 night and I beat him and stood up and said " bobble wit me bit*h!!!!! And I did this whole dance wit it lol never said it before in my whole life , but it stuck after dat everyone started calling me Bobble and dats how it started and now it's become so much more than a name now it has become a movement. Like if you F*ck wit my movement you bobble wit me! Feel me bobble is also to my fans a way of carrying yourself meaning , if you bobble your happy, uppity , hyper , you bobble to music when you listen to it. It's become something much bigger than just a rap name.

(CEO LE'NALORS) How did you get interested in doing music?

(Bobble) Well my whole life I've always loved music and when I listen to music I jam out. If you see me in a car listening to music I jam out , I don't just sit there you know! So it's always been a passion and when I was younger I was in a rock group called Fatal Error similar to Linkin Park style of music, we never went anywhere with it besides the garage , but that first sparked my interest the adrenaline rush I got from it. Then from 2006-2009 I was doing hype manning for my buddy who was becoming a bigger artist in the 727 and in 2008 I just decided to drop a couple tracks and did a couple shows with my own music and I just have so much love for music. But my life began to fall apart so when I finally got clean and moved down to 561 . I decided to take this very serious and push and now look where I am today you know I'm a rap artist, promoter and run tours for big artist. My hands are everywhere in this industry.
Posted by Le'Nalors at 4:57 AM